Barcelona is much more than just a city: it is the main city of Catalunya, such an interesting region full of plans and places to make and go; full of history, good gastronomy and postcard’s landscapes. This is the reason why I would like to show you some of these places in my first post for Food Lovers Company, the best day trips from Barcelona.

All of them are accessible by train from Barcelona, so you will not have any problem in order to get them!

Nowadays, this difference is still on the environment, on its gastronomy and, especially, on its architecture.

So, do you want to walk with us around our lovely Catalunya in order to know all these elements? 😉

Ripoll, the cradle of Catalunya

If you want to know the medieval and romantic Catalunya origins, you must go to Ripoll, the cradle of Catalunya Vella and, in consequence, the Catalunya’s cradle. There, you will find a big monastery, a foundation of Guifré el Pilós (Guifré the Hairy), one of the firsts Counts of Catalunya, and his political and religious companion Abad Oliba, one of the most important abbots of this won to Muslims new region.

Inside the Monastery, you will find the tomb of Guifré el Pilós and the flavour of history in its walls.

Although the whole of the building is a reinvention from romantic times, always under the idea of nation and recuperation of the birthplace (you will see that most of the parts of the Monastery are reconstructions from the XIXth century, done by Elies Rogent, an important Catalan architect of this period), the cloister is original. 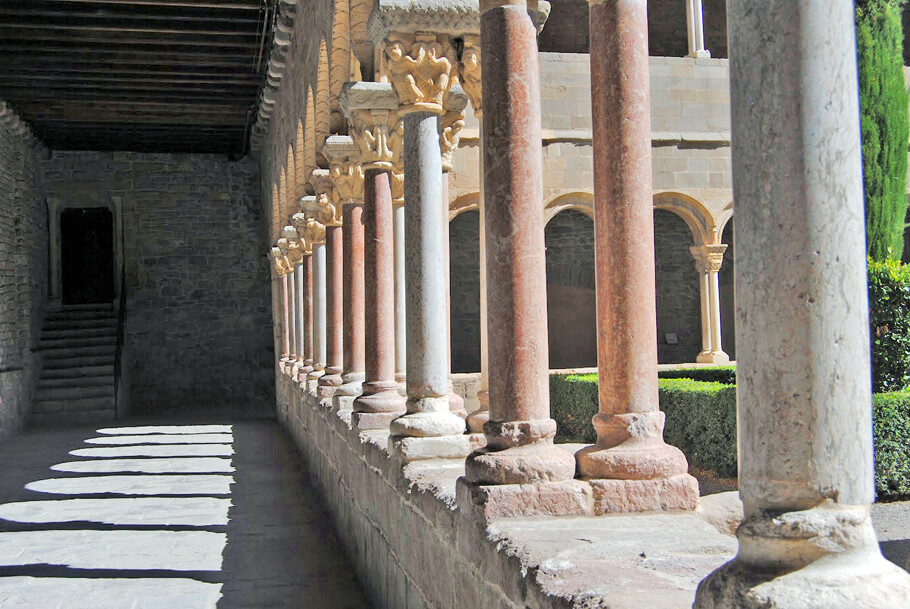 However, the greatest Ripoll’s wonder as well as, in fact, one of the greatest wonders of Catalan Medieval Art is its large portal. I give you some guidelines in order to show you how to read the portal when you were in front of this great creation! 😉

We could say that the portal is a recreation of the Catalunya of medieval times, an analogy between the King David and Moises and the Church’s against Muslims victories. The whole is divided in three sections. On the first one, we can find the Maiestas Domini with the Apocalypses’ old men; on the second one, the Glory and scenes from the King David and Moises’ lifes; and, finally, the protection lions and different figures that contemporary people recognized because of their role in the Reconquest. All of them are represented in an spectacular narrative way and show us the importance of the Reconquest for the society of those times. 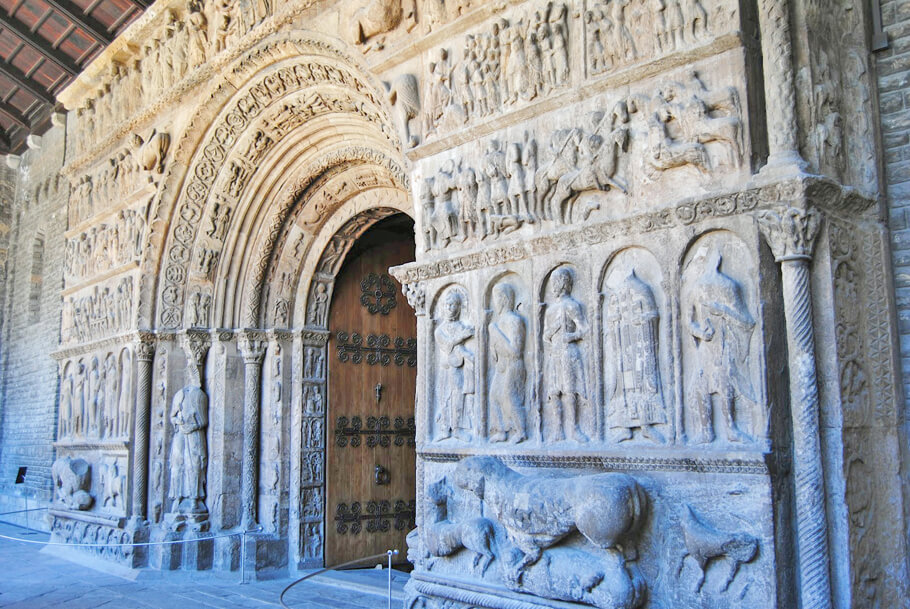 After our cultural visit, I recommend having lunch in Cafè Canaules (Plaça Gran, 20), a restaurant located in the heart of Ripoll which reached the certificate of Catalan Cuisine (www.cuinacatalana.eu). So, you could taste handmade Catalan cuisine if you go there.

Aftenoon: in CAT (Centre of Tourist Attention) you can rent a bike in order to make a nice and easy 10kms outing, among cows, such a nice landscape and through an old railway (Via de Ferro i del Carbó or railway of the Iron and Coal), to Sant Joan de les Abadesses, a medieval town, founded by Guifré el Pilós, as well.

A big and old bridge will say to you a nice “Hello”! 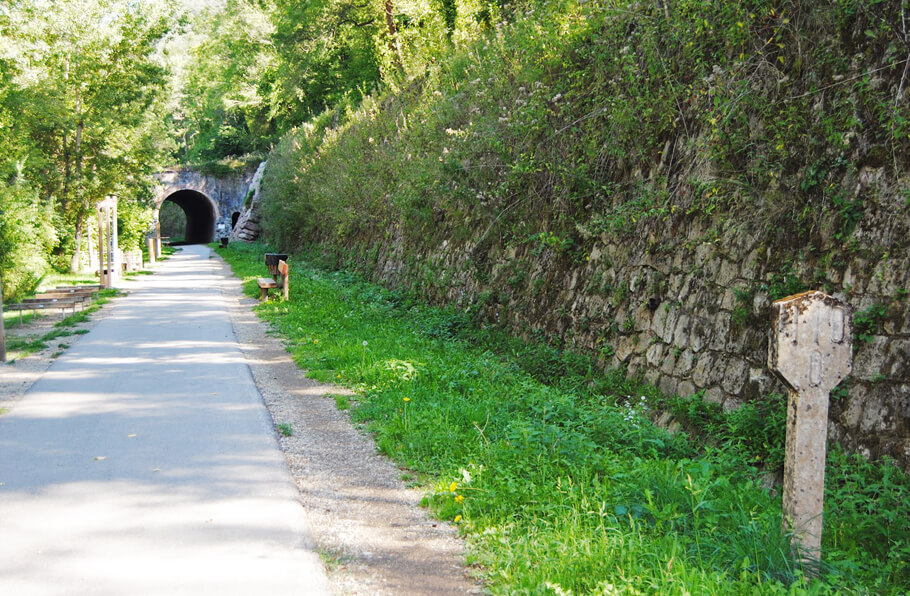 Curiosities: El Ripollès, the name used for knowing this small Catalunya’s area, is full of magic and strange legends. One of them is the story which is about the character of comte Arnau, one medieval count whose story says that its soul is still walking around the area, because of its bad behaviour in life. It is said that, for example, its soul visits every night the Sant Joan de les Abadesses nuns… We could say that comte Arnau is, in fact, a type of evil ghost or, even, Satan. Gastronomic Souvenirs: you can taste excellent Pyrenees’ cheeses and cold meat in any butcher’s of Ripoll (all of them have the certificates of IGP or DOP). You can also buy Carícies de Ripoll (Ripoll’s caresses) in Dolceria Junyent (carretera de Barcelona, 66), an old patisserie.

Access: from Barcelona, you can take the train in Catalunya Square (line R3).

Vic, the heart of Catalunya

Vic is maybe one of the purest cities of Catalunya if we are thinking about this idea of Catalunya Vella. Its big market place (the market takes place every Tuesday and Saturday as well as in big festivities) and small and narrow streets remember The Middle Ages and we can smell everywhere its antiquity.

If you go to Vic, you can’t forget its Cathedral (it has the only outside cloister in Catalunya, a Romanesque bell tower and a sculpture of Abat Oliba in front of it),its Roman temple, the Pont de Queralt (a medieval bridge on Méder River) or being lost among its streets. 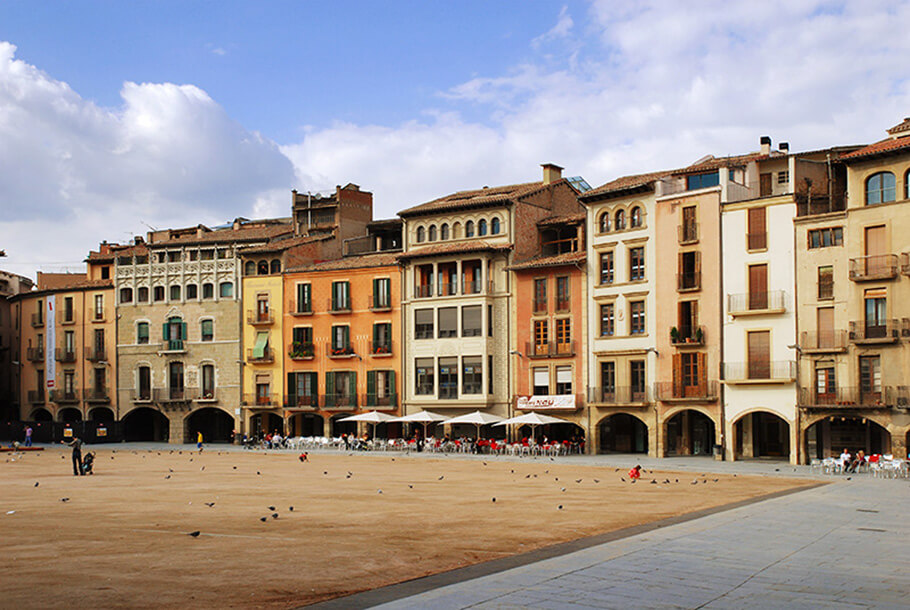 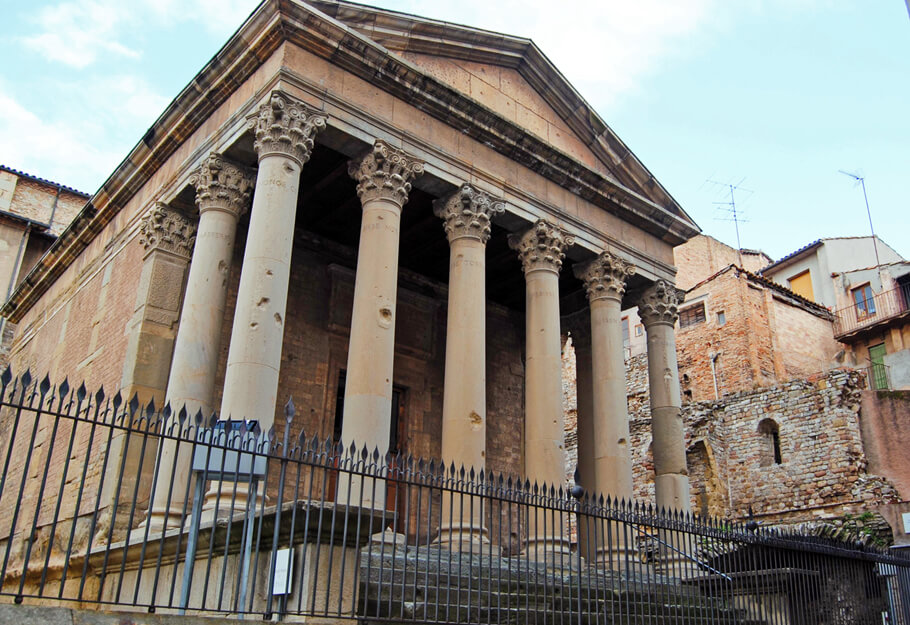 I always recommend Restaurant Basset – Magda Subirana (carrer de Sant Sadurní, 4) to visitors because of its quality and Catalan cuisine. 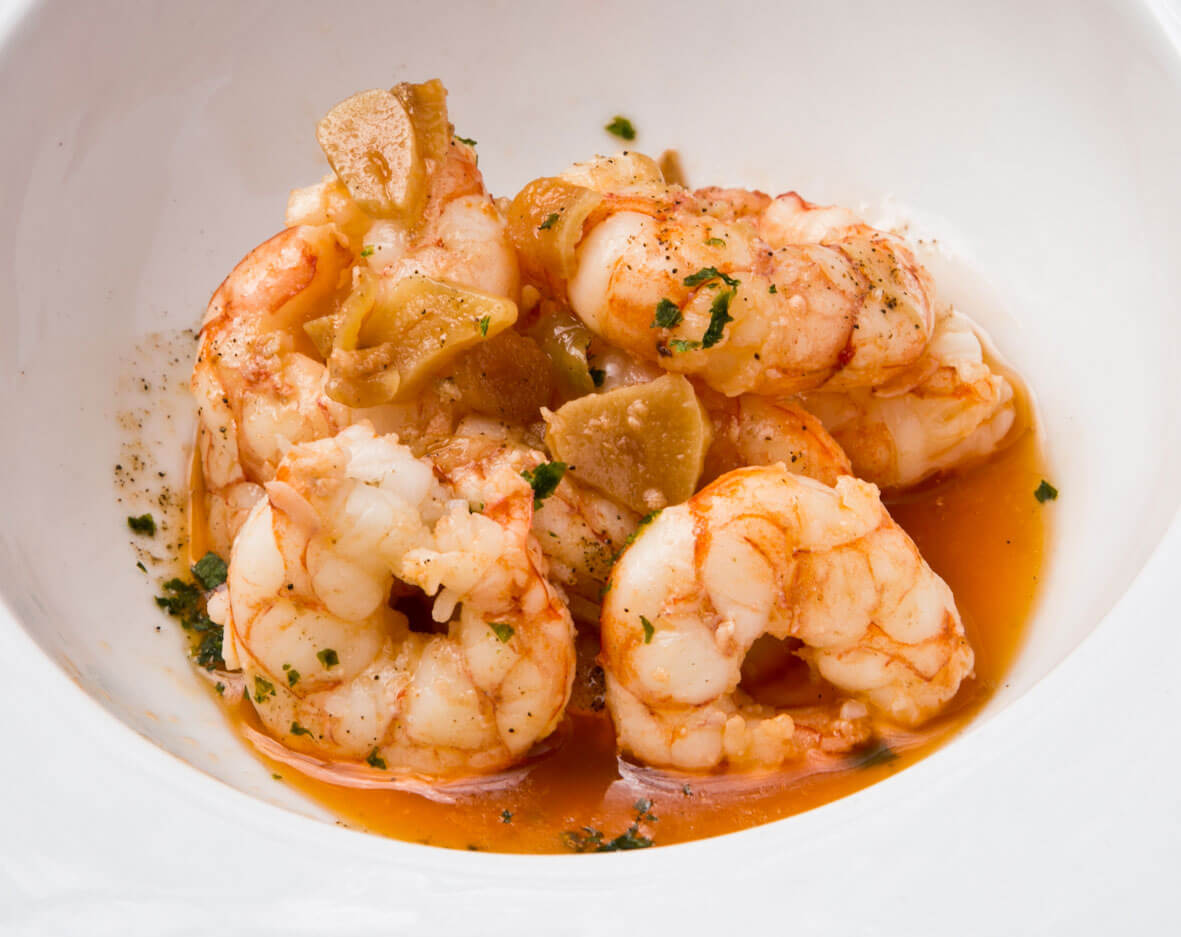 Afternoon: we can make a nice walk among Gurri River to Pont del Bruguer, a stone’s bridge from The Middle Ages.

Gastronomic Souvenirs: you can’t forget to taste the famous Llonganissa de Vic, a type of cold meat which has the certificate of IGP, too. There is an small and charismatic store where you can find it, Cal Ramon (Plaça del Pes, 5).

Curiosities: if you go to Vic, you must also search for one small celebrity in the city, whose name is Merma, a Capgros (big head), a typical folk character, and its singularity falls to pursue children with its whip.

Access: from Barcelona, you can take the train in Catalunya Square (line R3).

Girona, one of the most beautiful cities of Catalonia

If you want to go out of Barcelona and know another Catalan site, in my opinion, Girona is the most beautiful city you can choose. With its Call Jueu (Jewish neighbourhood) and its medieval heritage, it is a city full of charm!

You can walk through its narrow streets and on its medieval walls as well as enter in its Cathedral or Sant Feliu and Sant Pere de Galligants, two nice medieval churches.

The image of Onyar River, with all its colourful and suspension houses, is beautiful, as well. Ah! And in Onyar River you will find a Gustave Eiffel’s bridge, too. 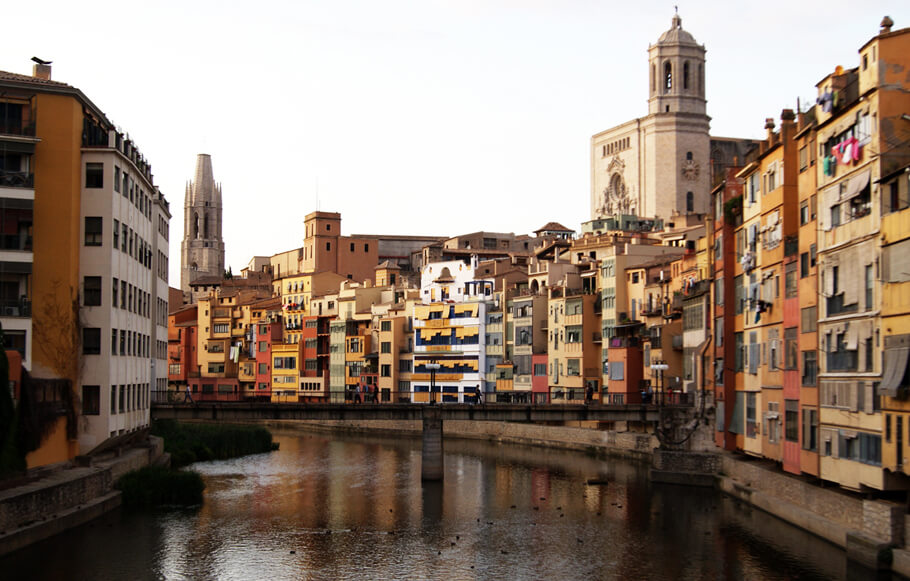 Girona is also a gastronomic city (a good example of that is El Celler de Can Roca, a Michelin-starred restaurant). So, I recommend going to a restaurant where you can find Catalan cuisine with innovative elements. This is the case of El Llevataps (Plaça de l’Oli, 1), where you can combine wines with different dishes and, even, tasting so typical but innovative desserts like “Bread, Chocolate and Salt”. 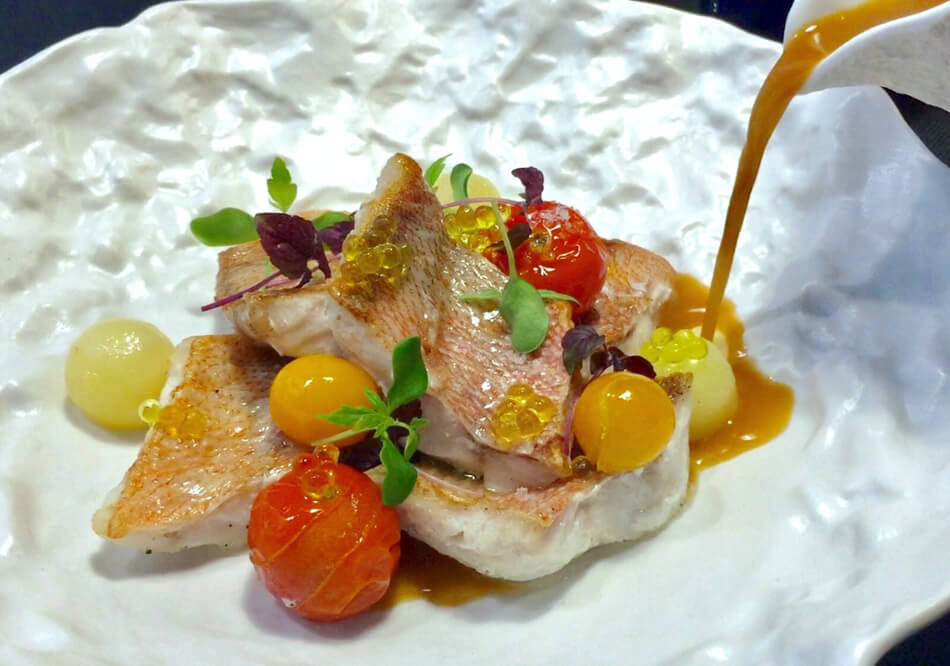 Curiosities: Girona has lots of legends and curiosities. So, you can choose among different types of routes and walks in Girona depending on them. I would like to explain you two of these legends.

The first one is related to the belief that destiny will make you come back to Girona if we don’t forget to kiss its Lion, an small sculpture where you can climb in order to make a kiss on its bottom.

Another one consists in finding the Cathedral’s witch, an evil witch who was became one of the gargoyles of the temple.

But Girona is well-known, especially nowadays, for two elements: Game of Thrones (if you are one freak of this serie, you can find and make yourself some pictures in different locations of the saga) and Girona Temps de Flors (Girona, time of flowers). This last festival takes place in spring for one week where Girona becomes a big city full of colours, sensations, smells and flowers.

It is a big celebration with beautiful flower decorations in the whole city, even the important cultural sites.

Gastronomic Souvenirs: In Girona you can’t forget to taste two typical products from the area, the Xuixos de Girona (a sweet and with cream pastry), that you can find in Pastisseria Castelló (carrer de Santa Clara, 45), for example, and Butifarra Dolça, one sweet cold meat that you can buy in Carns Pere Rigau (Gran Via de Jaume I, 68). 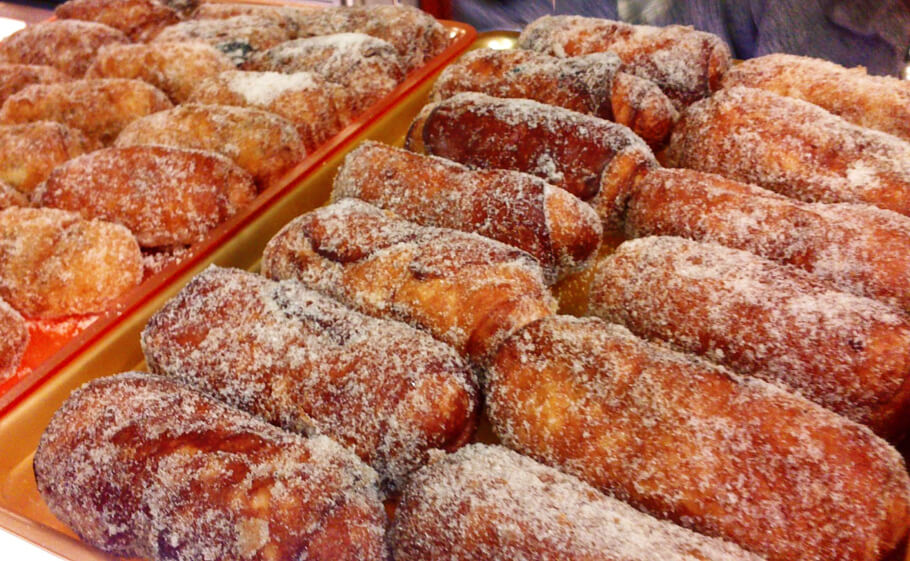 Ah! And if you are an ice-creams’ lover, Roca Brothers, the same cookers than the mentioned Celler de Can Roca, have an ice-cream parlour. Its name is Rocambolesc (carrer de Santa Clara, 50) and you can find there really innovative sweet and cold creations.

Access: from Barcelona, you can take the train in Passeig de Gràcia (line R11).

…And there is much more to see and taste!!! Next week we will make you travel to two other wonderful places of Catalonia with our post BEST DAY TRIPS FROM BARCELONA PART 2!

Photos and text by LA BCN QUE ME GUSTA